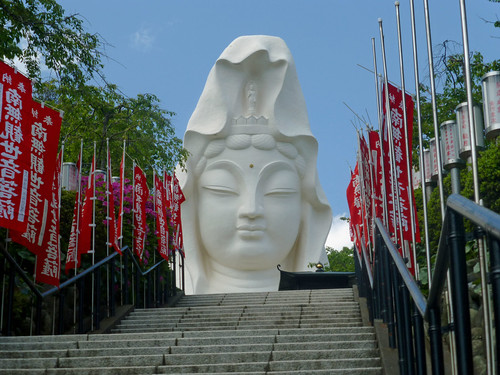 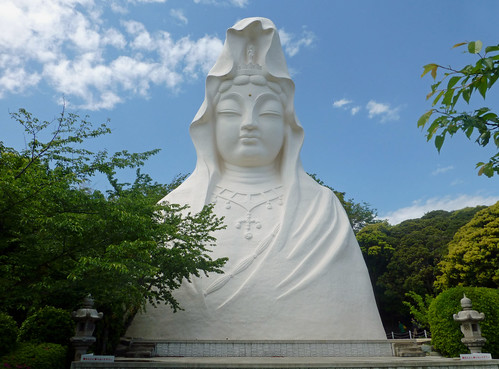 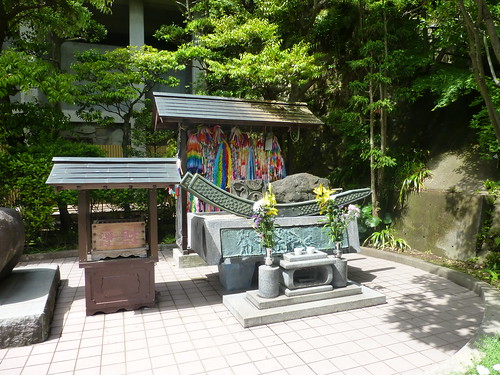 You can see a large white statue on top of the hill from JR train approaching the Ōfuna Station. It is Ōfuna-Kannon which is a symbol of Ōfuna.

It's not an old temple. Construction of the temple started as patriotism Kannon at the beginning of the Showa era. After it was interrupted by the war, it completed in 1960. It became the temple officially in 1981.

You can enter inside of the Kannon from the back. Photos of construction is exhibited inside.