Going up the hill and entering the precinct, there is statue of Seishimaru, it is a childhood name of Honen Shonin who opened Jodo-shu.

Passing the Hondo which is in the renovation, going up the stairs, there is Imaizumi-fudo. If you're going down to right side, there is waterfall named Onmyo no taki. There are two falls, which are greater than expected. 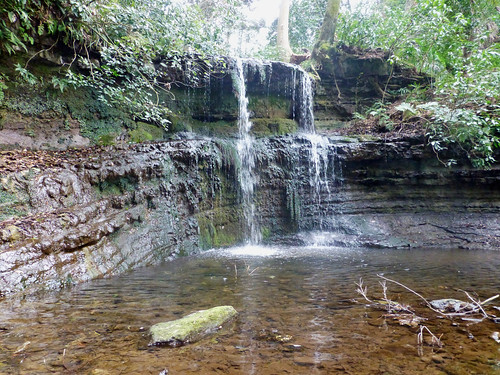 Back from waterfalls, going up the stairs covered with moss, there is Imaizumi-fudo. There is statue of thirty-six children and Dainiti-Nyorai.

There are many attractions and quiet and nice place.