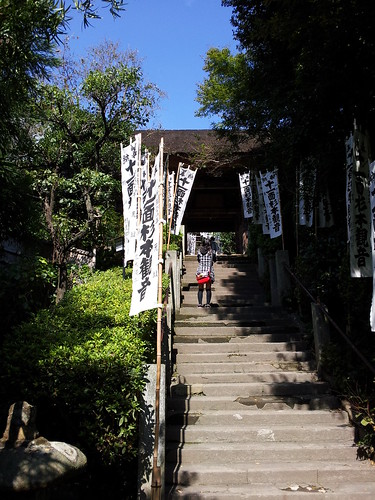 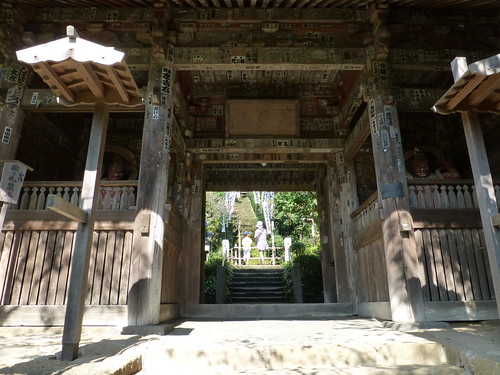 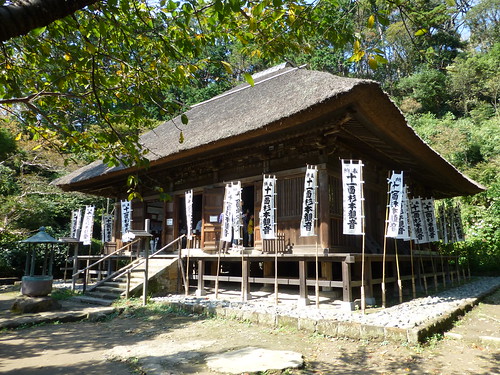 Sugimoto-dera is located where you go for a while on Kanazawa Kaido. If you go a little more, there is Hokoku-ji and Jomyo-ji. It is within walking distance from Kamakura Station.

There are a lot of Nobori of "Juichimen Sugimoto Kannon" on both sides of stairs from Kanazawa Kaido to Niou-mon (gate). 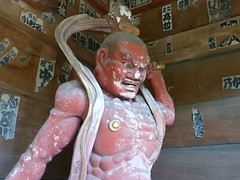 Sugimoto-dera was built in 734 by Empress Komyo who is consort of the Emperor Shomu, which is the oldest temple in Kamakura. It is 500 years before Kamakura Shogunate.

There are stone steps covered in moss, which is similar to Kokedera (Myoho-ji). 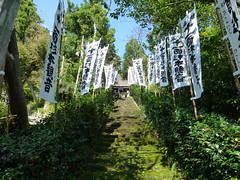 The stone steps of the moss is not available for protecting the moss. Then you should go up another stairs, and there is a main hall at the top. It is also old building which has thatch roof.